What is the release plan for the software?

A software release plan is an accurate timeline of the software development lifecycle’s different phases. In other words, the strategy includes software monitoring throughout the creation, testing, deployment, and delivery phases.

A solid software release plan specifies the aim based on the target audience, business objectives, timeline, and project budget. Every software release strategy includes a plan for the first release and updates for subsequent versions. To achieve effective delivery, each team member must be aware of their job and the general course of the software release.

Specify the kind of software

Developers must choose the software they want to produce, such as an application, system, or utility. Additionally, developers must identify whether the application is intended for multiple or particular uses.

When determining which features to add to the software, developers must have a specific objective in mind. By identifying particular software features, engineers may better estimate the duration of each feature’s development.

Setting clear objectives and expectations for the software project is essential. Detailed project plans assist team members in understanding their respective roles and responsibilities. It allows the team to monitor progress as each step is completed. In addition, establishing clear expectations assists customers in understanding what the product release will provide.

Keep an eye on the product backlog

Developers that have a straightforward product backlog do better than their peers. Software release management is well-planned and managed by prioritizing task lists and indicating the sequence of things in the product log.

Every proposal for a software release should detail how each phase of the release will occur. The proposal should include the project’s objectives, deadlines for each step, and allocated duties for each team.

Risk analysis encompasses all potential setbacks that may occur at various phases of development. By including risk analysis in the process, developers can prepare for software release interruptions.

In the production phase, each component of the software release should undergo regular testing. By evaluating the application in its beta form, developers can promptly identify and address possible problems.

The conclusion of the software release strategy is the product’s distribution to end-users. By monitoring the finished result, developers may determine whether or not the software is operating as intended and functioning as anticipated.

How is a release strategy developed?

A software release plan describes the project’s objectives and aims. Following the creation of the outline, the team must construct specific roadmaps for each step of software development.

What does the software release include?

The software release must contain timelines and strategies for software planning, deployment, design, and testing. It must also provide roadmaps for the inclusion of features in subsequent versions.

Examine the scope and revise the backlog

“Scope” relates to the current pace and duration of software execution compared to the anticipated timeline. By evaluating that, developers may better prepare for future software releases. By examining the product backlog, engineers may determine which features did not make it to the release’s final stage. Developers must restructure the remaining components by the software release’s implementation. They may also create a strategy for future improvements to these things.

It is vital to evaluate the software release’s performance. By doing so, engineers may determine whether time predictions for specific software components were more or less accurate. Analyzing future hazards is a vital component of software release management. Developers who evaluate future risks associated with the final product might focus on prospective problem resolutions. Consequently, anticipating future risks enables developers to create a concrete strategy to address unanticipated issues. 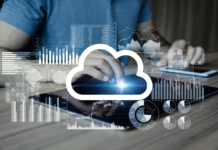 Why and How to Upsize Microsoft Access to Cloud? 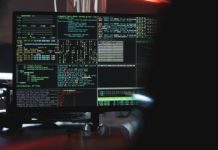 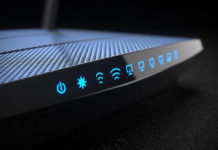 Why Your Company Needs a Wireless Site Survey