Bernie Sanders has been a long-time advocate for environmental issues.

In this video, he met with a group of children who were singing the song “Where Have All The Flowers Gone?” by Laurie Anderson. 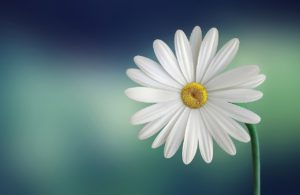 The kids were so excited to meet him that they immediately began singing and dancing!

In an interview before meeting the children, Bernie said that it was important to teach young people about clean air and water.

Because in the future we will need them as heroes if our planet is going to survive climate change.

He also mentioned how grateful he was for those already working on these issues around the world.

Including teachers like Greta Thunberg from Sweden who are taking time off school every Friday in order to protest global warming during her country’s school hours.

The video ends with a group of kids singing “Where Have All The Flowers Gone?” – which might be one of Bernie Sanders’ favorite songs! It features Laurie Anderson’s haunting vocals over minimalist instrumentation and lyrics where she reflects upon what would happen if all

Never Miss Important IT Projects with This Simple 3-Step Process

parts of a business letter worksheet